EconSight presentation at the Industrialisation of Hydrogen Technology Forum, Nanjing

EconSight presented the following charts and arguments at the Industrialisation of Hydrogen Technology Forum in Nanjing, hosted by the China Electrotechnical Society and the Electric Vehicle Association of Asia-Pacific. The EconSight contribution takes the fuel cell development during the last 50 years and asks why it took so long for the market to develop and for attractive products to show up. One answer is that the cooperation between development and automated mass production was more than expandable. Only the strong demand from China in recent years has decisively advanced the market. 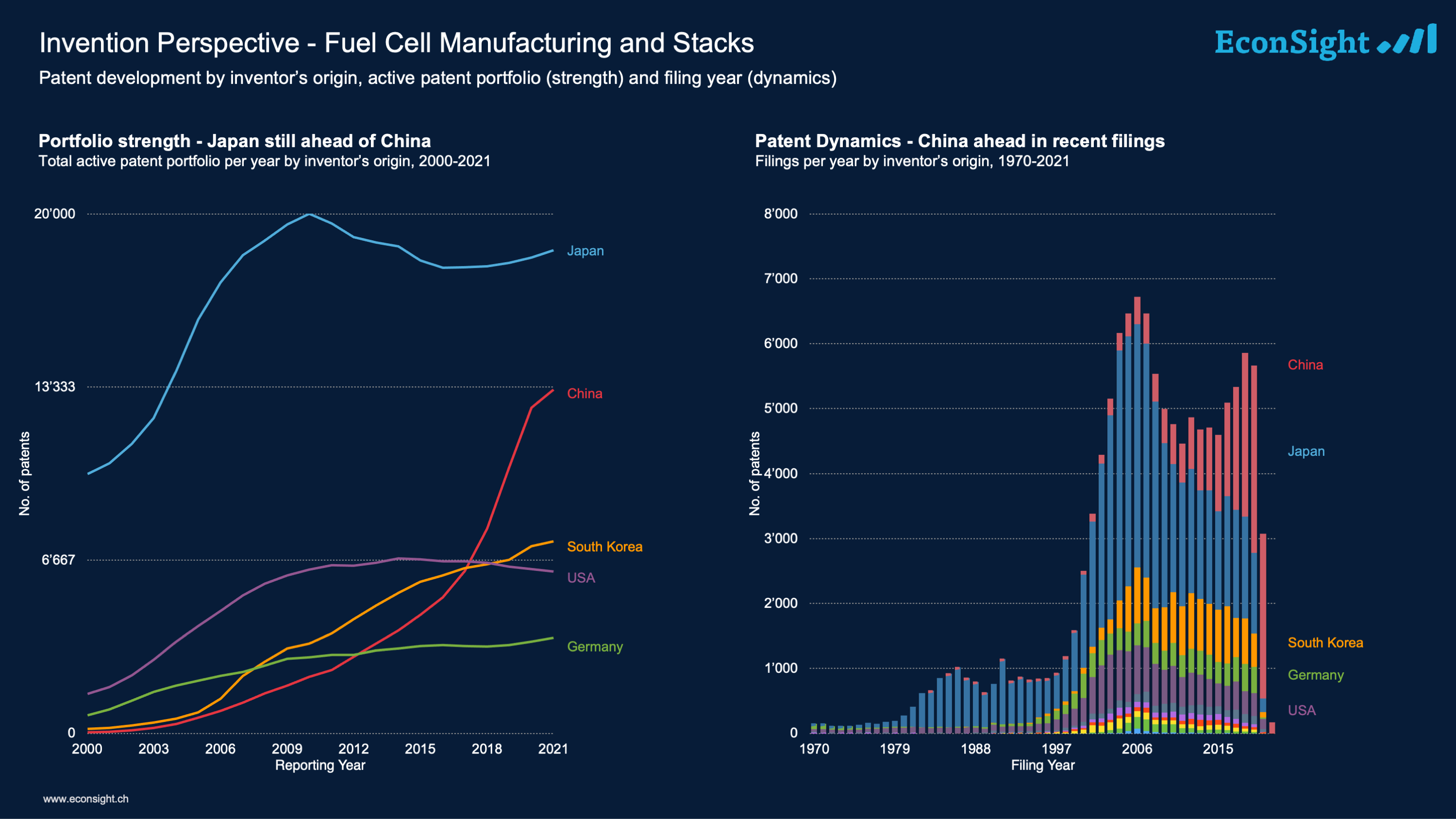 Fuel Cell technology is and old and mature technology, invented in the 1970s. The technology itself is not complex and various aspects have been investigated and developed to the last detail. Aspects such as bipolar plates, membrane films or catalysts are well known and have been developed thoroughly, especially in Japan, USA and Germany, as well as in South Korea and China in recent years. However, various attempts to bring the technology to the market have failed. After 50 years of development we are currently seeing the first real products and applications with significant market potential. The question is, why did it take that long and what is different today? 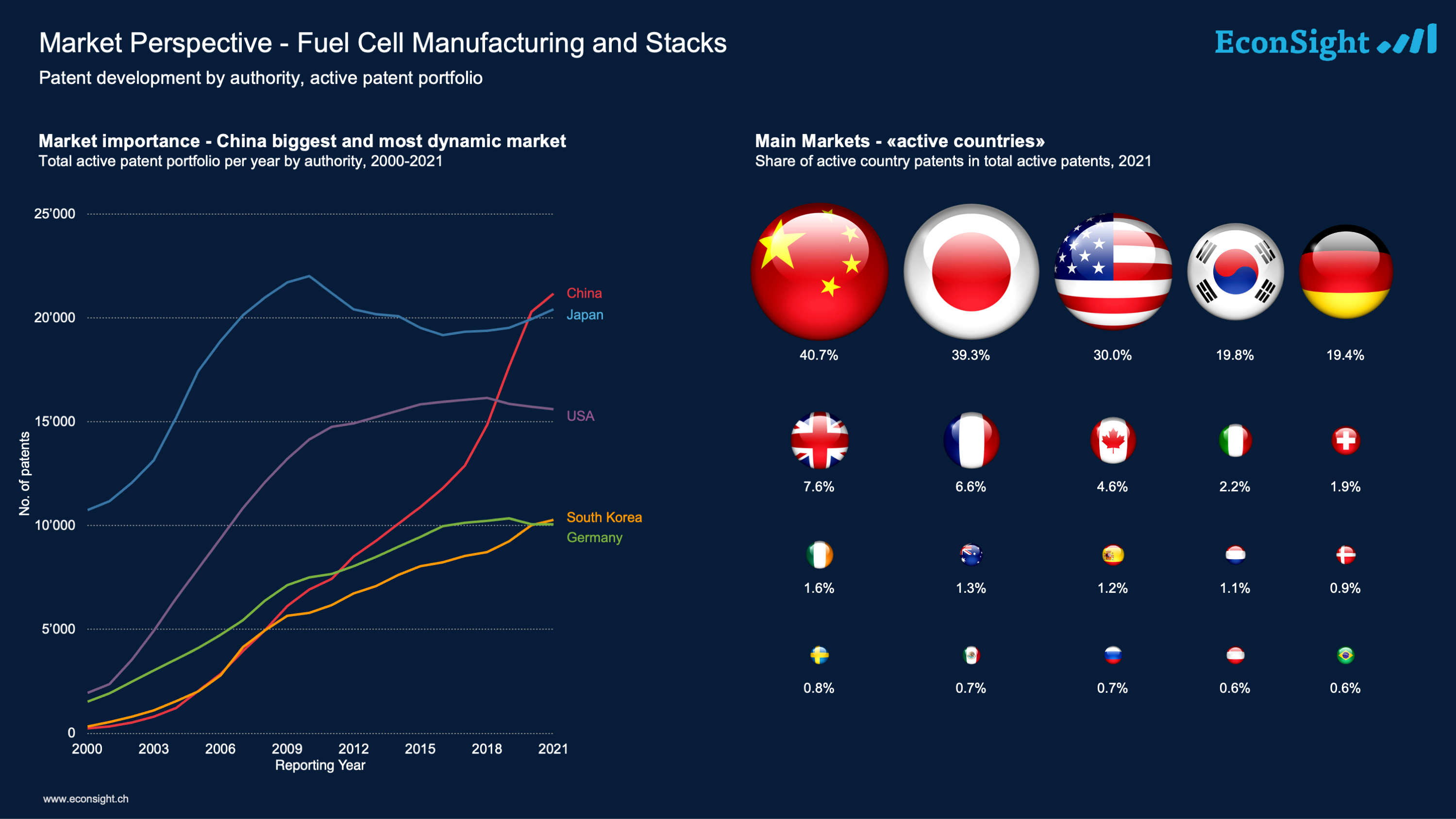 One of the major changes compared to previous attempts is the shift of the the main markets to China and South Korea. While Japan, Europe and the US have not been able to generate real world demand, China and also South Korea have understood the disruptive potential of a readily available and cheap electric power source, combined with the charm of a high energy storing material from renewable sources for the local markets. Huge investments by administrative bodies paved the road, generated the necessary, and in effect created the fuel cell market. However, even today there are no fully automated production lines, properly producing low priced fuel cell stacks. This was mainly due to the fact that key players were not disclosing their products. There was hardly any co-operation between fuel cell developers on the one side and automation and machinery producers on the other side. Consequently, production and automation was slowed down. It took new market rules and players to overcome these obstacles. Now, the market in China is growing at a rapid pace and the rest of the world can only watch as prices of stacks are coming down and products being launched literally every day. 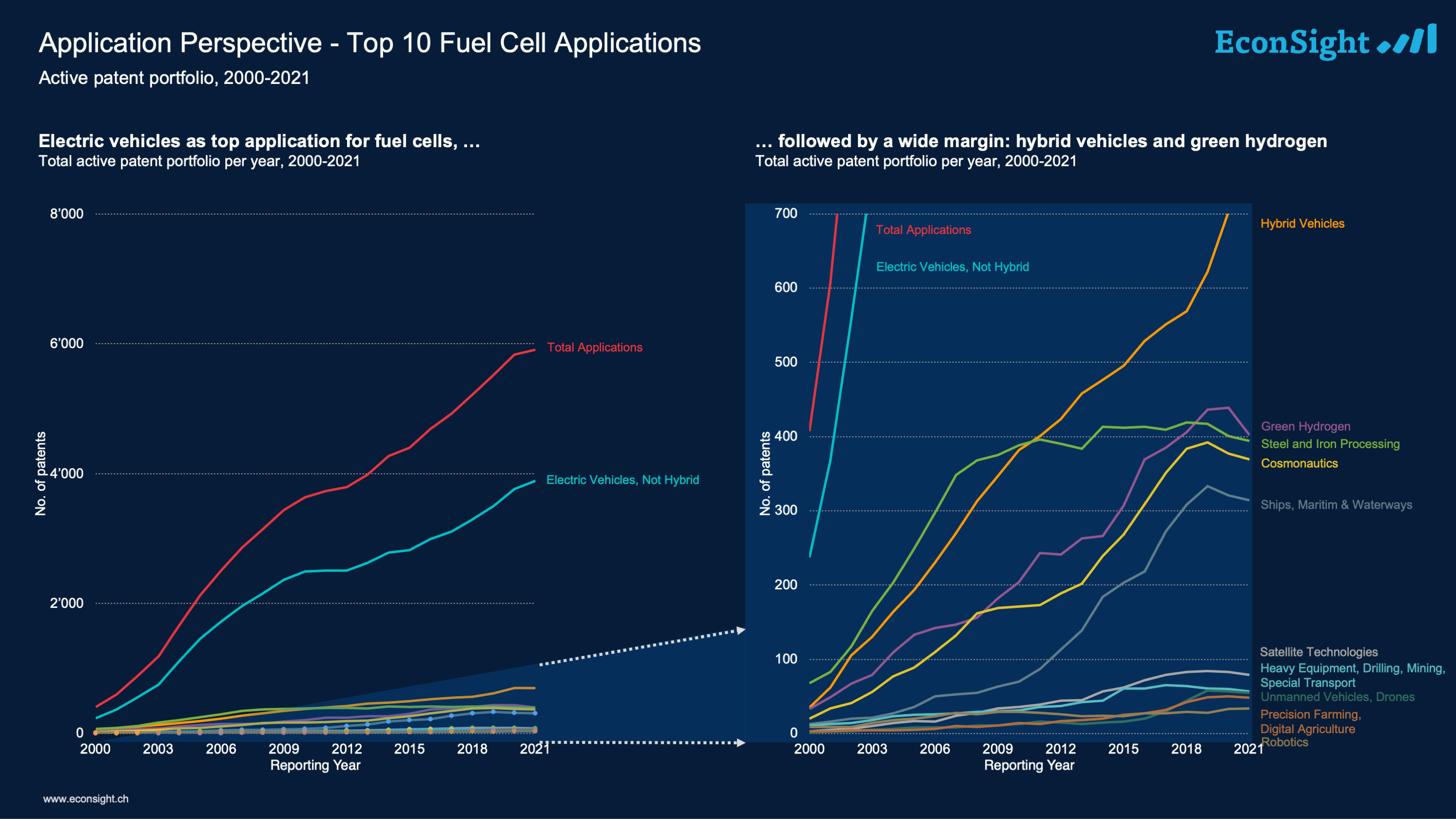 Application focussed patents or patents claiming a specific application derived advantage are a typical sign of a product maturity. E-vehicles are the main focus of fuel cell producers, but other areas quickly follow. Applications are driving a market, if they are competitive in terms of price and regulatory aspects, such as CO2 pricing, might also drive demand. Fuel Cell applications have profited from the global climate goals , but overall prices are still too high for larger market penetration. 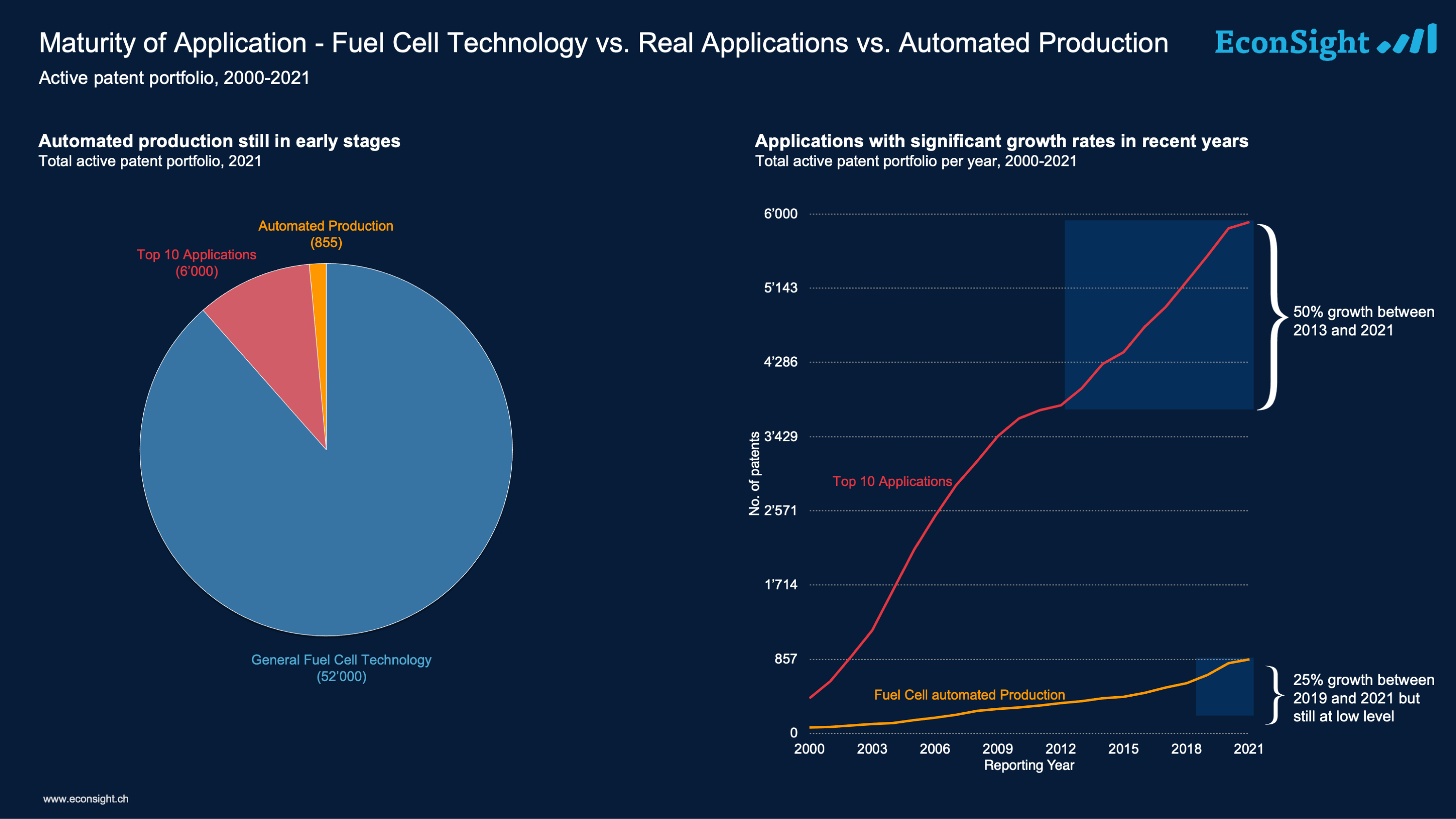 The patent landscape of fuel cell manufacturing is quite typical. Years of developement, thousands of patents, at least two filing peaks in the mid 1980s and again 2006 showed the early investments and expectations in the technology. This early enthusiasm was followed by a strong decline especially in Japan and the USA. South Korea and China stepped in, cautiously at first, but with significant momentum from 2013 onwards, to develop the product further. It took until  2012 for a new wave of application patents to show up. Mainly E-Vehicles are boosting this growth, but various other areas have also increased in recent years. While this is a typical indicator of a change in the markt, it took until 2021 for the first automated production lines to be set up. Now, the first automatically produced end products are entering the market. In IP terms there are very few but important patents demonstrating this next phase of the technology.

Machine manufacturer kept their expertise secret while product designer were similarly hesitant to define product specs. This seems to have finally changed in very recent times and many relevant patents are expected be published soon. Finally, the major players set their IP instruments in motion and also new players are expected on the landscape very soon.