EconSight-Ranking – The most innovative companies in the world

Which companies successfully occupy the interface between digitization and applied technologies?

Conceived by EconSight for the Handelsblatt newspaper, based on the PatentSight Business Intelligence analytics platform.

Digitization is changing all technologies at an alarming rate. Who will win the race?

Digitization is changing all technologies at an increasing rate. Who wins the race?

Today, digitization influences the product and process development of all companies. However, it can only be effective in combination with other technologies. Digitization penetrates classical technologies and leads to innovation.

With the new ranking, EconSight in co-operation with PatentSight shows who is leading the race for the digital penetration of future technologies and who is shaping the global innovation landscape significantly today.

The approach is based on three central findings:

IT companies in competition with industrial companies for digital penetration

The focus of the analysis is on the applied digitization. We show which companies apply digital methods particularly well to established technologies. Here we consider future topics such as medical technology, industry 4.0 or autonomous mobility.

The digital penetration of established technologies comes mainly from two directions. On the one hand, traditional industrial companies are expanding their digital expertise to improve their products and processes. Whereas on the other hand, IT companies are looking for concrete industrial applications for their digital know-how. The example of autonomous mobility shows the competition: classic car manufacturers are struggling with new market players such as Alphabet and Intel for the mobility of the future.

The ranking appeared in the November 22, 2019 issue with a total of five rankings, all of which can also be found on this page. You can read the entire story in the Handelsblatt here. 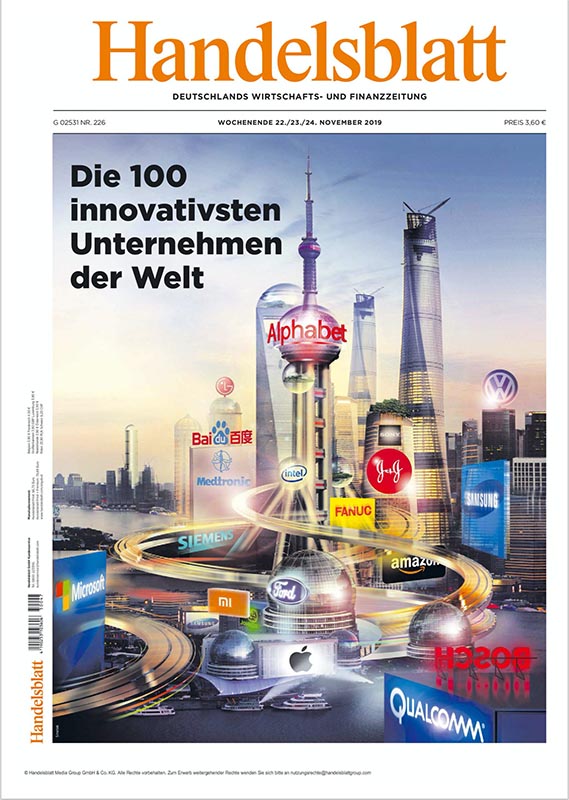 The 50 most innovative companies in selected technologies 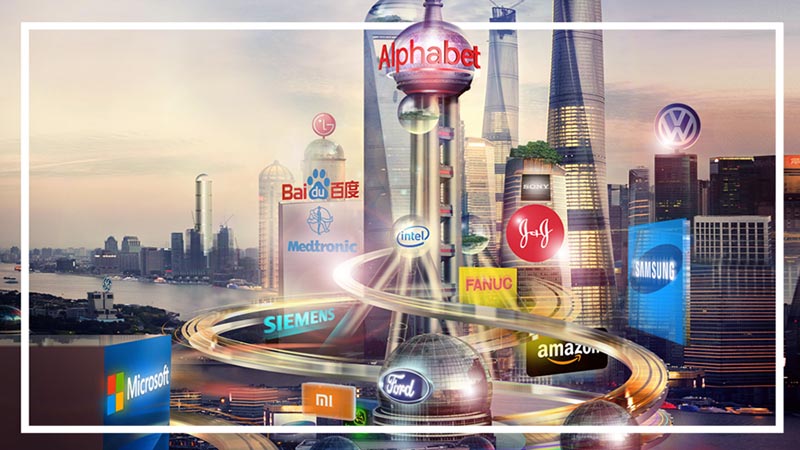 EconSight first identified all patents of the last 10 years at the interface between digitization and classical technologies and assigned them to the companies. The patents were then evaluated on the basis of their technological relevance. This PatentSight indicator measures the significance of a patent on the basis of citations of this patent by other patents (comparable to the citation system of scientific publications). In order to consider the disruptive potential of these technologies, only citations of patents from the last two years were considered. If many other companies refer to a patent in the recent past, it is usually of high disruptive quality. In addition, the change in innovative strength was taken into account. Companies must not only maintain their innovative strength, but also continuously expand it in order to occupy a leading position in the ranking.

A major technical challenge is to standardize the widely differing citation practices of the national patent offices and to standardize the documentation of the legal status of patents – whether the IP right is active or not (in other words, economic or strategic value is still attached to the patent). Here, too, there are widely differing standards worldwide. Our analyses always include patent applications and valid patents granted.

Another technical task is the assignment of patents to companies. Each published patent is assigned to the highest controlling economic unit (Ultimate Owner). Accordingly, all patents of Audi, Volkswagen and Porsche, for example, are assigned to the VW Group. This can only be done with great manual effort, especially in view of the international group structures, different legal forms and spellings of companies, because these data are not consolidated in the worldwide patent databases.